In which I inform readers about recent developments

Advance copies landed at my house yesterday, which was coincidentally my birthday. Coming to a bookseller in the next two weeks. 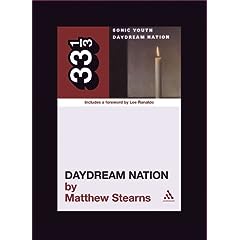 I've been reading a lot of 33 1/3 books recently. Sonic Youth's Daydream Nation is one of my favorite albums, going back to my teenage years. This book combines interviews with members of SY with a read on the lyrics and music. As a guitarist, I sort of wish Stearns had gone further by describing the wacky tunings and crazy guitar punishment Thurston Moore and Lee Renaldo dish out. I liked how he tied SY back to the No Wave "movement" of the late 70s and then to Rhys Chatham's and Glenn Branca's subsequent noise-minimalism compositions. Ultimately, though, I love Daydream Nation for its mystery and unknowable nature, and I don't think that Stearns - or anyone, really - could tease out all the elements of strangeness on the album. Good effort, though, definitely, and a fun read for Sonic Youth fans. And it inspired me to listen to Daydream Nation quite a lot over the last few weeks, so yay for that.

Posted by Hayden Childs at 9:48 AM No comments:

Woodworth's GBV book was great fun for me. I actually discovered them through the buzz around their following album, Alien Lanes, which is so ingrained in my consciousness that I know every single word on that album, in order. Bee Thousand is a close second, and I know most of the words, but stumble here and there.

Woodworth collected fans' stories, which appear in the book alongside his history of the band and the lo-fi aesthetic that produced Bee Thousand. I love this approach. Bee Thousand is a labor of love, sounding like it was knocked out in a basement only for the pleasure of those who made it; it makes sense that such a democratic approach to music should have a democratic fanbase.

Style of book: personal, lots of interviews, journalistic, fan-oriented
Posted by Hayden Childs at 9:41 AM No comments:

Also discussed last month on From Here To Obscurity:

Dougan's 33 1/3 contribution focuses on the cultural context surrounding The Who's Pop Art masterpiece. It's on the MOJO-journalism side of the 33 1/3 style guide, but well worth reading. Especially if, like me, you consider The Who Sell Out the apex of their career and one of the best albums of all time.

On a side note, I've long wanted to play in a band that covers this album start to finish. If you're interested in joining me, contact me when my kids get older and I have more time for that sort of silliness.

Style of book: journalistic, even a bit academic
Posted by Hayden Childs at 9:36 AM No comments:

I just wrote about this last month on From Here To Obscurity! Here's the post, mostly word-for-word.

McGonigal's take on the 33 1/3 form is semi-journalistic, although McGonigal inserts himself in the role of enthusiastic guide. I love this album, but it's by design a mystery of sorts. It's a loud, distorted rock album that is almost ethereal. There's few lyrics on it that seem to make sense, but the songs seem perfect as they are. But I'm afraid I'm running out of new ways to say things about 33 1/3 books. The facts in the book are fascinating, the interviews enlightening, and McGonigal's personal touches are loads of fun. If you're a MBV fan, you should read it. If you're not, you probably won't dig it. If you've never heard MBV, go get the album and the book at the same time and read it while you listen.

Style of book: journalistic, personal
Posted by Hayden Childs at 9:27 AM No comments: 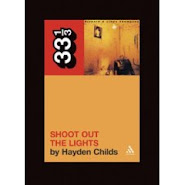